The series celebrates Maduro’s staying power nearly three years after opponents were forecasting his imminent demise. Despite U.S. sanctions, the country’s worst economic crisis in history and dismal job-approval ratings, Maduro, who has been president since 2013, has actually tightened his grip on power.

That dominance extended to last month’s elections when pro-Maduro candidates swept races for governor and mayor. Noting that his Socialist Party has run the country for the past two decades, Maduro boasted in a Nov. 21 victory speech: “We are a major force in Venezuelan history.”

Just a few years ago, U.S. officials were calling the Maduro government a spent force.

In response to Maduro’s crackdown on democracy — which included jailing dissidents, crushing protests and his claiming another six-year term in a flawed 2018 presidential election — the Trump administration in 2019 sanctioned Venezuela’s oil industry. Venezuela’s economy relies heavily on oil exports, and the United States had been the primary destination, so the move immediately cut off a huge source of cash to the Maduro government.

In addition, the U.S. and more than 50 other governments recognized opposition politician Juan Guaidó, who was then head of Venezuela’s National Assembly, as the country’s legitimate head of state. At the time, Secretary of State Mike Pompeo insisted that these moves would soon force Maduro out of office.

“We’re very hopeful that the Maduro regime will understand that the Venezuelan people have made its days numbered,” he told Fox News in April 2019.

But for a variety of reasons, Maduro remains firmly entrenched in the Miraflores presidential palace in Caracas.

His most important backing comes from the Venezuelan military, which in recent years has put down anti-government protests and stymied coup-plotters within its own ranks. Maduro has rewarded this loyalty by naming current or former military officers to head some ministries and to handle government food distribution.

These tasks provide openings for corrupt officers to fill their pockets, says Benjamín Scharifker, the former dean of Metropolitan University in Caracas. Another reason for sticking with Maduro, he says, is that military commanders fear that under a new government they could go to prison for human rights violations, drug trafficking and other abuses.

“If they lose power then they would be subject to [legal] cases due to human rights violations, corruption, money laundering and so on,” Scharifker says.

But instead of weakening Maduro, the crisis has given his government more leverage over the population through its control of vital welfare programs, like monthly food handouts, says Temir Porras, a former top aide to Maduro.

“I think there is a misunderstanding that economic hardship [automatically] translates into political change,” says Porras, who is now a visiting professor of political science at Sciences Po university in Paris. Instead, he says, “the poorest of the Venezuelans become more dependent on any assistance they can get from government agencies.”

Meanwhile, oil production is starting to bounce back while the Maduro government also earns millions of dollars from gold mining.

To stop hyperinflation, the Maduro government has allowed the U.S. dollar to circulate as Venezuela’s de facto currency. It has also relaxed state controls on the private sector. Both moves appear to have reactivated some areas of the economy. (The IMF estimates the economic contraction is slowing to -5% this year.)

Caracas is now full of warehouses selling imported goods, which have alleviated some of the nation’s food shortages. Also taking pressure off Maduro is the fact that nearly 6 million Venezuelans — about one-fifth of the pre-crisis population and many of whom oppose the president — have fled the country.

Their departure hurt an already divided opposition. It is a hodgepodge of parties with diverse ideologies that often attack one another rather than the Maduro government. Many criticize their nominal leader, Guaidó, for promoting a failed 2019 military uprising then calling for boycotts of recent elections that made the opposition irrelevant.

In the latest blow, Guaidó’s foreign affairs chief, Julio Borges, said this week he is quitting and that “the notion of the interim government has to disappear.”

Opposition candidates did take part in last month’s elections for governors and mayors but most lost to pro-Maduro candidates.

“When you go to an election your objective is not to become the most popular person in the country. You need only to beat your opponents,” says Porras, the former government aide. Maduro and his allies, he says, have “managed to beat a very fragmented opposition.”

However, they’ve done so in elections that have been neither free nor fair. In last month’s balloting, for example, observers from the European Union criticized the Maduro government for banning some opposition politicians, taking over several opposition parties and for boosting ruling party candidates with massive publicity on state TV.

Maduro responded to the EU report by calling the electoral monitors “spies,” then expelling them from Venezuela.

Given his disdain for free elections, Maduro’s opponents warn that he’s turning into a tyrant who will never give up power. But Maduro allies, like ruling party congressman Francisco Torrealba, insist that won’t happen.

He points out that Maduro has been holding on-again, off-again negotiations in Mexico with Venezuelan opposition leaders and says the president has a diplomatic streak. Maduro, 59, previously served as foreign minister under his mentor, the late President Hugo Chávez, and, before jumping into politics, was a union negotiator.

“I wish people could get to know him,” Torrealba says, “because no one is farther away from becoming a dictator than Nicolás Maduro.” 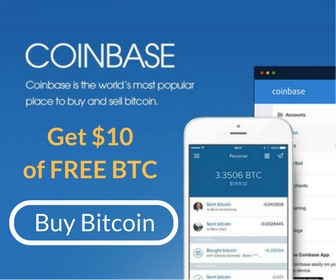